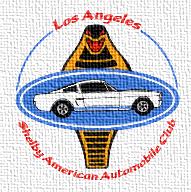 It was a warm clear spring morning at Willow Springs International Raceway in California where the smell of exhaust and tire smoke filled the otherwise serene sparse surroundings. Aligning up at a creeping pace approaching the front straightaway was a group of American powered production cars sounding nasty and manifesting an awesome appearance. The crowd reacted exuberantly to the sound of horsepower as the reverberation traveled through their entire anatomy. As the green flag dropped one car launched off the line blistering past the other cars that were struggling to advance to the front. The aluminum body (polished only with a Brillo pad) with its horizontal lines blending into massive bulges and the flowing fenders looked dangerous. Even if it were sitting motionless it would nonetheless look menacing. Pressing the limit within the confines of the ample fender flares were immense Hoosier racing tires that surrounded Halibrand pin drive aluminum wheels; this Cobra was really flying.

Shelby Cobra is the stuff of legend, with heat-extracting louvers sweeping along the fender contours to the lower rockers sporting throbbing side exhaust outlets adding to the menacing look; the Carroll Shelby Cobra is without a doubt one of the biggest baddest automobiles ever built. To this day the myth and magic of a Cobra makes people notice whenever one drives by, particularly if its a 427 S/C (Street Competition).

Carroll Shelby has reincarnated the Cobra mystique several times over the years, which is appropriate, as he is the original manufacturer of the Cobra nearly 40 years ago. During the initial stages of the Cobra, only 1,003 vehicles were manufactured and theres a good chance 95% still exist. No other car has been so extensively duplicated, with over 150 companies worldwide imitating it to one degree or another and entire magazines cater to the marque. The muscularly formed flanks of the Cobras have been admired since its inception and its racing history has etched a place in the record books for Shelby American.

Two American brothers, David and Thomas Kirkham, formed Kirkham Motorsports and set out to recreate the look, feel and performance of the real thing by partnering with a former Soviet fighter aircraft factory in Poland to create the ultimate Cobra clone. Kirkham Motorsports call their clone "427 S/C" for obvious reasons. 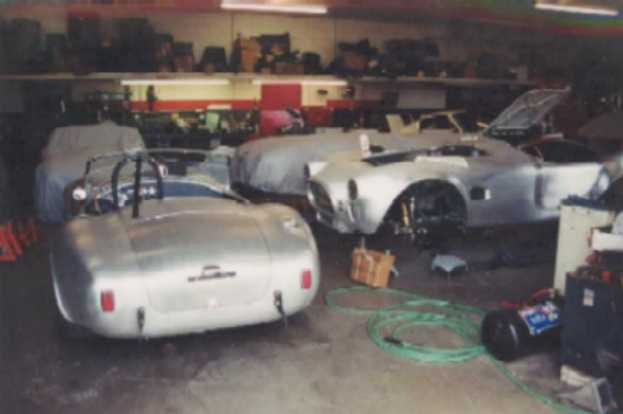 Tom Kirkham, co-owner of Kirkham Motorsports had his personal Cobra clone at the HSR West Event at Willow Springs International Raceway on March 10 & 11, 2001. HSRs liberal interpretation of eligibility rules, combined with their featured marque events helps to fill in niches that might otherwise go untapped and welcome participants who might otherwise have nowhere else to go. Kirkham Motorsports 427 S/Cs are eligible to compete in HSR West Events. Tom Kirkham had Dave Dralle drive his personal 427 S/C in both the featured Shelby-Cobra race and the Group 6 Production Car race. Dave  was an independent racer of CSX 3020 in the sixties.

Kirkham Motorsports cars are the highest quality and most accurate replicas available anywhere in the world. From the cockpit, with its 16 inch birch-rimmed steering wheel, Smith gauges, Wilton wool carpet and leather interior, to the authentic aluminum body stretching out across the birdcage substructure, these cars are exactly as you remember them from the sixties.

To recreate the magic they recreated the car. The Kirkhams took their original Cobra CSX 3104 as the basis for establishing the accurate geometry for the cars. It was first digitized from the original cars body and a computer model was created from which they CNC-machined a exceedingly accurate master buck of the entire body. Body panels are beaten by hand, close to their final shape, over tools created from the master buck. Then, both the tool and panel are slid under an enormous press where the panels are given their final shape. The panels are then trimmed and fitted to the master buck to ensure their accuracy. Once proven, the panels are gas welded together by expert craftsman. Finally, when the skin is riveted to the substructure, the panels are fine-tuned to perfection. All the interior panels are created with the same attention to detail as the body that surrounds them. What you find is accuracy in every detail-from the type and location of the instruments to the chromed button on the emergency-brake handle. When Kirkham Motorsports set out to recreate the legendary Cobra, they followed one rule "if it doesnt belong on an original; it doesnt belong on our car". 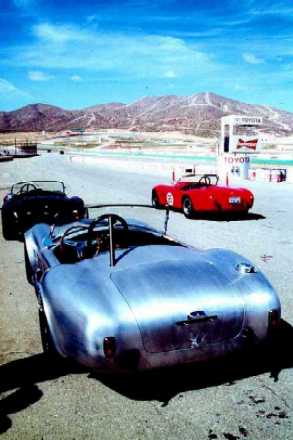 Willow Springs International Raceway itself provides a challenging driving experience, with elevation varying between 2425 and 2565 feet, along with its famous high speed Turn 8 that has a deceiving decreasing radius from 900 to 600 degrees in Turn 9. Even in a Cobra, Turn 8 is a no lift corner where your right foot has less sense than your brain (your brain keeps telling you to slow down and your right foot keeps pressing the accelerator down extracting the limit of adhesion). This racetrack allows the high horsepower Cobras the opportunity to display their expansive capabilities with its long sweeping curves and straight-aways, even a Kirkham Motorsports 427 S/C Cobra clone. 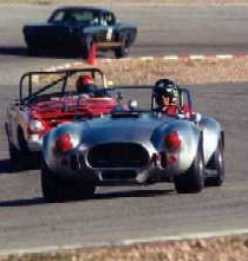 Dave terrorized Willow Springs Raceway with sizzling speeds in Tom Kirkhams 427 S/C, indeed there are few who dare drive these cars to their full potential and Dave has the talent and experience to propel the 427 S/C clone to incredible speeds. 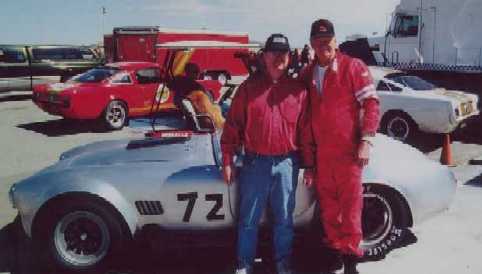 The Kirkham 427 S/C has undeniably head-turning beauty and heart-stopping performance. I watched as Dave  ignited the thunder from the 427 concealed under the aluminum sheathing and felt the reverberation from the big block Ford emitting from the exhaust protruding from both sides. Dave lowered the clutch and engaged the 427 S/Cs chrome shifter into gear, squeezing on the throttle and jettisoning out onto the front straightaway. It may as well have been 1964 as the cloak of age was suddenly ripped off the car as the low slung thoroughbred accelerated, exposing it as the violent thrilling machine that swept racecar circuits almost 40 years ago.

If you have lusted after the original 427 Cobra but found the price elusive and you believe that too many replicas can be spotted as fakes from a mile away, this maybe the car youve been waiting for. Ownership of this 427 S/C would allow you to cherish the remarkable success and splendor created almost 40 years ago and orchestrated by Carroll Shelby. The Kirkham Motorsports 427 S/C has the look, feel and performance of the original.